5 from 11 votes
This classic desi chai is enjoyed by Indians and Pakistanis everywhere. Served by tea vendors, known as chai wallas, this desi tea is sure to be popular with everyone.
Jump to Recipe 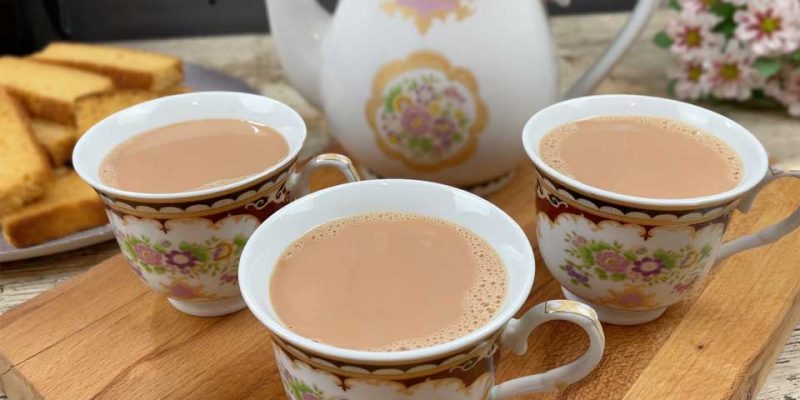 This classic desi tea is enjoyed by Indians and Pakistanis everywhere. A spiced sweetened black tea mixed with tea that is now popular all around the world. Served by tea vendors, known as chai wallas, this spiced tea is sure to be popular with all no matter the weather.

With its increasing popularity in the Western world, chai blends are becoming commonly available in supermarkets. However, with this homemade chai recipe, you can make your own. This Indian tea recipe is quick, satisfying, and tastes so much better than store-bought blends.

I LOVE my tea. I mean, which British person doesn’t love their tea? But this masala chai recipe is just so much better than traditional English tea.

The name of this recipe comes from the fact that masala refers to the addition of spices and the chai means tea. So, it’s spiced tea. And that’s exactly what it is. I often hear people refer to it as chai tea, which is basically like saying tea tea.

It doesn’t make sense, but it’s another tautological phrase that has become so a part of our lives that everyone just goes along with it. Hey, each to their own really!

Every single person has their own unique combination of spices that they prefer in their masala chai and there isn’t one such way that is regarded as authentic. However, the four typical components in any masala chai recipe are black tea, spices, milk, and a form of sweetener.

Popular spices that are used in masala chai include cardamom pods, cloves, cinnamon, peppercorns, and star anise. The way you choose to make it is entirely up to you, but this recipe is something that keeps everyone happy.

I like to use whole milk in my masala chai recipe. This makes the tea much richer and creamier. However, for a healthier alternative you could use low-fat milk. This tea recipe can even be made vegan! Simply replace the milk with almond milk or oat milk. It will be just as good!

Here are some more recipes for you to enjoy! If you like them don’t forget to rate and leave a comment. 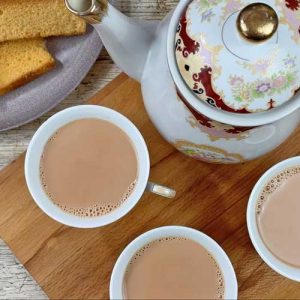 by Nabeela Kauser
A spiced sweetened black tea mixed with tea that is now popular all around the world. Serve with a side of aloo pakora and this is your desi teatime treat sorted!
5 from 11 votes
Print Recipe Pin Recipe
Prep Time 5 mins
Cook Time 20 mins
Total Time 25 mins
Course Drinks
Cuisine Indian
Servings 4
Calories 67 kcal
Prevent your screen from going dark

This looks perfect! Does it keep for a few days? 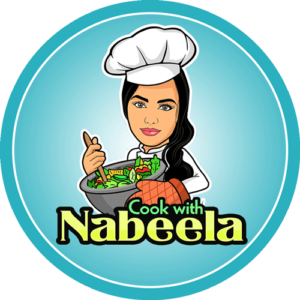 Welcome to Cook with Nabeela

Hi, I’m Nabeela and I love to cook! I want to share with you my favourite, delicious family-friendly recipes. I want to inspire you to create fantastic food for your family every day. 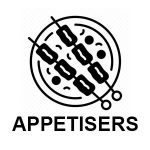 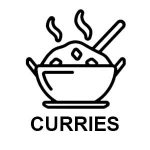 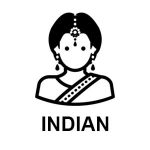 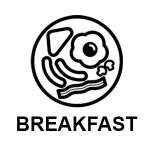 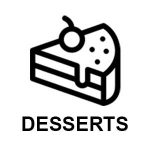 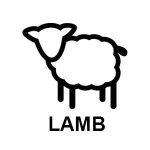 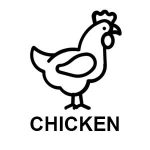 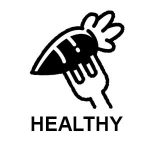 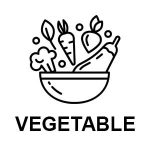 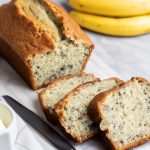 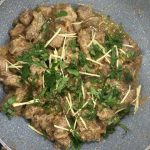 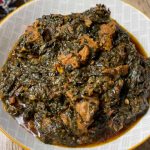 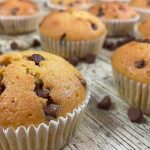 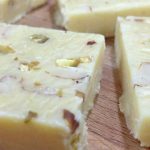 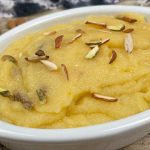 Subscribe to us to always stay in touch with us and get the latest news
about our company and all of our activities!